Splitboard vs Ski Touring – Can Snowboarders keep up?

As snowboarders, splitboarding is the quickest and most efficient way we can travel in the backcountry compared to snowshoes splitboard will get you to the top quicker and leave you with more energy for the ride down. But can a splitboarder keep you with a skier when touring in the backcountry?

Splitboards are generally slower moving around the backcountry compared to skiers. I do a lot of split boarding and ski touring, and although I would say I can keep up better with the group when I’m on skies, I would say I’m only about 10% slower on a splitboard. So as long as you are one of the fitter riders in your group then you should be able to keep up just fine.

The weight of your equipment has a massive effect on how fast you can climb. Whilst the weight of a splitboard setup will not vary hugely, there can be a big difference in how much a ski touring setup can weigh. There are some super lightweight touring skis out there, which even the fittest splitboarder will struggle to keep up with. However, this kind of lightweight, skinny ski is not much fun in powder and is more designed purely for climbing and traveling in the backcountry.

So if we assume that you and your ski buddies are touring to find some powder then it’s probably safe to say that their ski setup will probably be at least as heavy as your splitboard.

Whilst climbing straight up the fall-line, there is not much difference between splitboard or skis. The only difference is that your splitboard skins are probably wider than ski skins, which adds a little more resistance when sliding forward. But I reckon this effect is pretty negligible.

Where things get a little more tricky is when the slope gets steeper. There’s a limit as to how steep you can climb so on steeper slopes you have to start zig-zag traversing up the slope. This means you need to grip onto the snow with the inside edge of your split board skis. The problem lies in your snowboard boots; ski boots have a solid plastic shell so the boot offers all the support your foot needs to keep the edge of the ski in the snow. Splitboard boots can help with this, they have extra reinforcements in the sides of the boots to help you maintain an edge on traverses.

Snowboard boots, on the other hand, offer little support, meaning you have to really work hard to keep your feet level and the edge of your skis in the snow. This means you can oftentimes find that with each step forward you slide an inch or two sideways down the hill.

If it’s powder riding that you’re after, then the good news is that splitboards ride as well as a regular snowboard in fresh snow. In my experience snowboarders will normally ride powder faster than skiers of a similar ability.

Skinning through deep powder has its advantages and disadvantages on a splitboard. On the plus side, the deep snow forms a shelf under your board which eliminates the problem of lack of edge grip described above.

On the negative side, the extra width of each splitboard ski means you end up collecting a lot of heavy snow on top of the skis. This can make for hard work and mean that you have to periodically kick off some of the excess snow.

Hardpack snow can be really challenging to skin up, on a splitboard. You can often experience this in the spring when you set off early and the snow is still frozen from the night before. So a good tip is to think about what the snow conditions will be like and how they will change throughout the day.

However, sometimes there is no avoiding the ice so it’s a good idea to carry splitboard crampons. 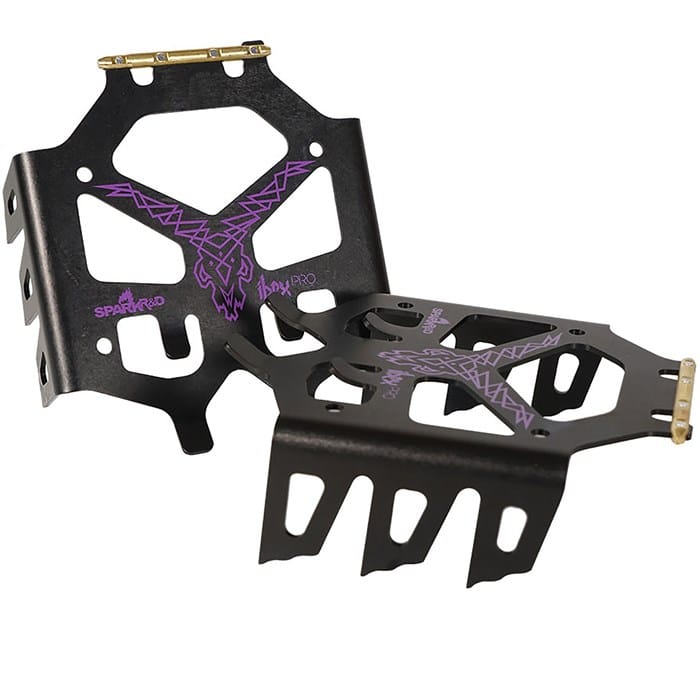 These are little gizmos that can be fitted under each of your boots when the going gets a little firm. They have little teeth which bite down into the snow as you put your weight on them. It’s a good idea to fit these before you really need them, rather than wait until you start sliding backwards down the hill

Even if you’re super fit and can kick ass up the hills, splitboards are always going to be slower to transition between up-hill and down-hill modes. Spitboards need to be weather separated into 2 halves or put back together, which is an extra step that the skiers don’t have to do.

Most of the time, if you are doing a single climb this is not a problem, it’s when traveling over undulating terrain and you need to do multiple transitions, that can slow you down and get a bit annoying! The other factor to think about is traversing and flat sections. It can be a good idea to not pack away your ski poles if you know there might be a section coming up when you’ll need to push. Its harder to push with poles when you are standing sideways on a snowboarder

Taking all factors into account splitboards are generally a little slower than skis when moving around in the backcountry.

But if the snow conditions are good with lots of powder then this difference in speed is less, and you will be able to catch up on the way down! If you are a snowboarder heading out with skiers just make sure you are not the least fit and pick ski buddies who don’t mind waiting a little bit! 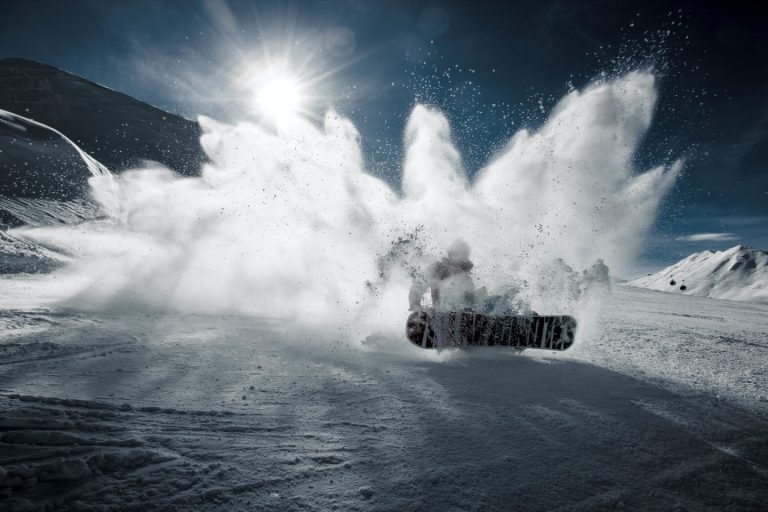 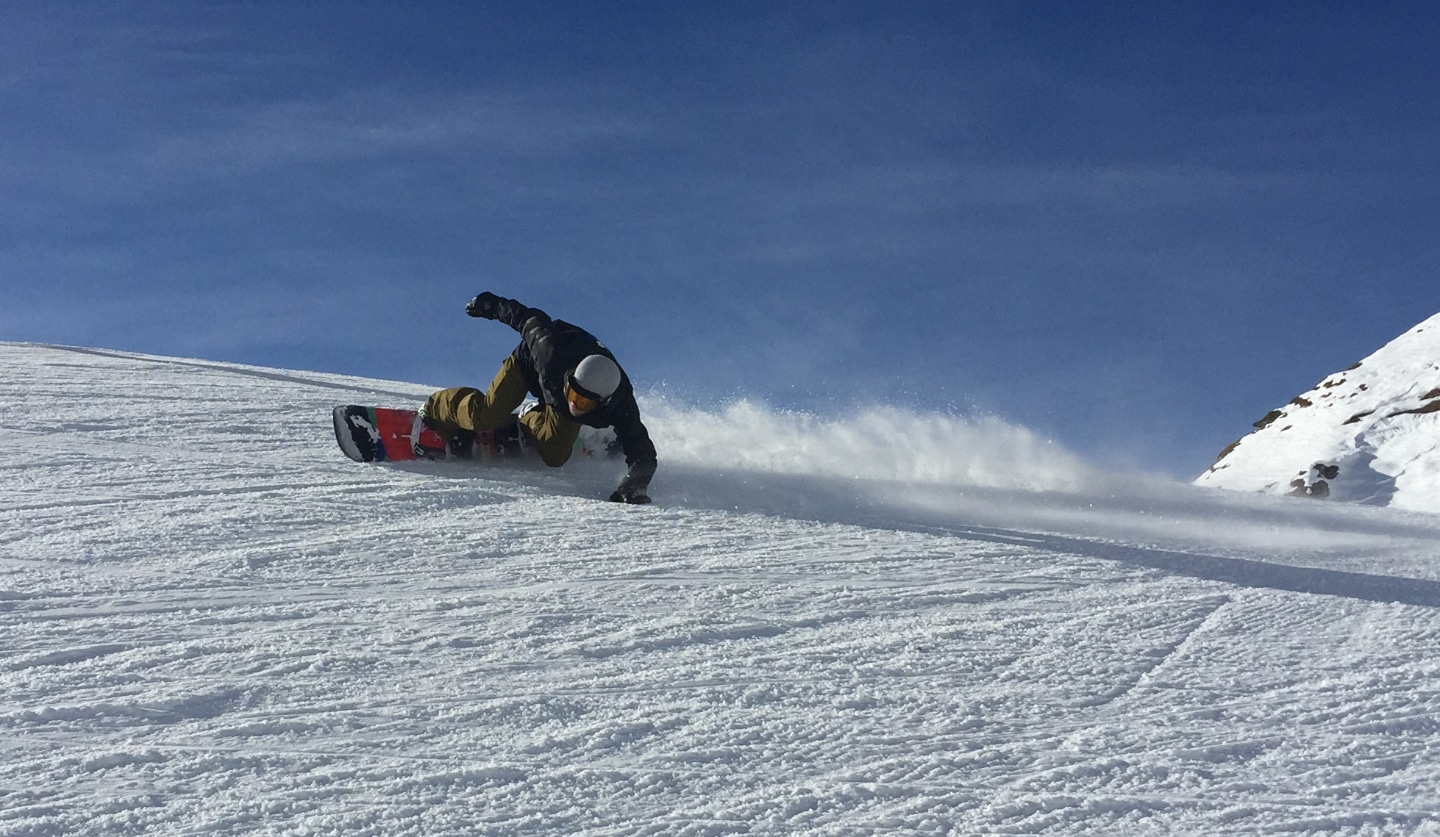 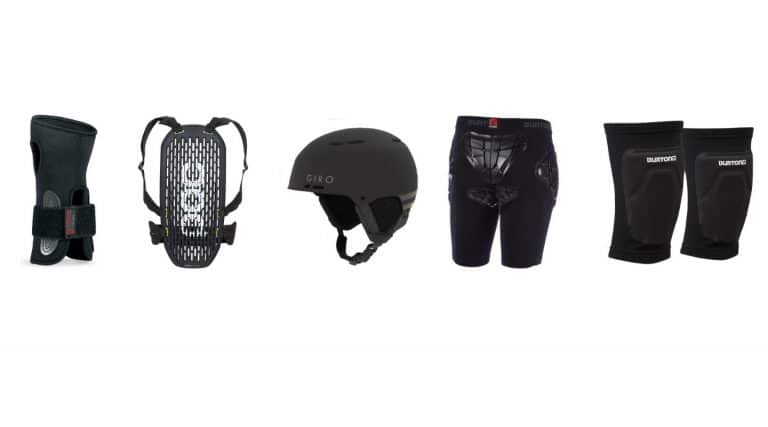